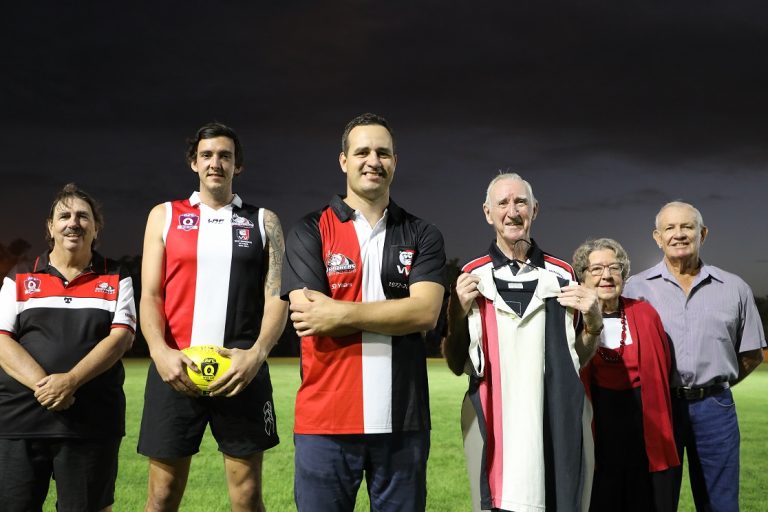 Brothers Bulldogs AFL Club was formed in 1971 as Western Suburbs (Bulldogs) AFL Club. Western Suburbs AFC played in the inaugural Bundaberg and District Australian Football League that was played in 1972. Other foundation clubs were Northern Suburbs (Kangaroos), Southern Suburbs (Magpies) and Burnett Heads (Saints). There was a Senior and Under 14 side.

“There was an advertisement in the News Mail calling for interest in starting AFL in Bundaberg. A meeting was held at the Council room. There was good a good crowd in attendance, interested to hear what there was to be said and it was mentioned that 4 clubs be formed. Interest was called to form groups and Bill put his hand up to start a club and mentioned the forming of a West Bundy Club. He was joined by Ted Winterbottom and Graham Davis. Ted moved up to Bundy from Brisbane where he played AFL with the Brisbane Bulldogs. He had a home in Quay St West and they had meetings at his home to start planning for a West Bundy team. Bill suggested they write to a couple of Melbourne clubs to seek their help. As a result they received a call from St Kilda and they were kind enough to send a jersey of their club with their colours black red and white which were adopted as the club’s colours. Ted then convinced other founding members to have the moniker of Bulldogs.

Inaugural Coach was Dick Peterson and Captain was Mick Dale.

Want to know more about the history of the West Bundaberg Brothers Bulldogs? Download our booklet below.

50 Years in photos! View our photo galleries below.